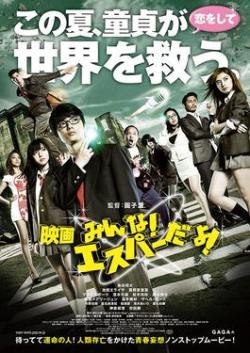 For adolescent fetishists of half-naked Japanese women, there is Sion Sono’s The Virgin Psychics. For everybody else, it would be less irritating to simply watch some pornography.

Sion Sono has established a strong and well-earned reputation as one of Japan’s most idosyncratic and varied filmmakers, with a flourishing career in all manner of genres and production budgets. His first major work was his subversive 2001 thriller Suicide Club, and he has since followed it with such unusual and inventive films as Noriko’s Dinner Table (2005), Love Exposure (2008), Himizu (2011), The Land of Hope (2012), Tokyo Tribe (2015), and the forthcoming Prisoners of the Ghost Land (2021). Sono’s productivity peaked in 2015, a magical year in which he directed five separate feature films. Tag, Love & Peace, and The Whispering Star have much to recommend them. The Virgin Psychics, an adaptation of Kiminori Wakasugi’s manga Minna! Esper Dayo!, does not.

Sono has pushed a lurid sort of sexuality in many of his films, but here it feels like all tittilation with no edge. It is as crassly expressed as a Benny Hill TV special and as dominated by the male gaze as a Michael Bay-directed angle on Megan Fox’s bottom. The film is presented as a comedy, but is only as funny as repeated shots of young women in swimsuits and lingerie can be. Every punchline is a half-naked woman. Every joke is a schoolboy with an erection.

This is not necessarily a bad thing in concept. There is a long tradition of sex comedy in cinema, of which The Virgin Psychics could comfortably form a part. The difficulty in enjoying the film is simply that its attempts at comedy land very flat, and the near-exclusively one-sided representative of teenage girls simply feels tiresome. It feels very Japanese, but sadly in the sense of ‘took the escalator one level too high in Akihabara’ rather than ‘culturally distinct and fascinating to watch’.

Performances feel rote and unenthused. The pace drags excessively, stretching a tacky 80 minute diversion to a mid-boggling 115 minutes. There is, by my reckoning, one genuinely funny joke in which a character falls over and her skirt blows up in the wind, revealing her underwear because of course it does.

It would usually be the case with a noted director making such a terrible film that fans would mourn the lost opportunity. As one of five films directed by Sono, this does not really seem the case. It is easier to simply skip it for the much better 80 per cent of his output that year. There is a reason that, unlike most of his work, The Virgin Psychics has not seen distribution outside of North Asia. This is the kind of lazy hack job that no director honestly wants on their resume.