The BBC was founded on 18 October 1922, originally as a radio broadcaster and – from 1929 – as a television service as well. I grew up in regional Australia, which meant all I got to see as a child was the ABC, and in the early 1980s that largely meant the BBC. Today the Beeb is under threat from a Conservative British government desperate to cut costs and privatise whatever they can, and that would be a genuine tragedy to see happen. Nobody has or, quite frankly, will ever match the creative television and radio output of the British Broadcasting Corporation. In celebration of its impending centenary, here over a series of post are my 100 all-time favourite BBC television productions.

100. Coupling (2000-2004)
In 1991 the increasingly successful script writer Steven Moffat created Joking Apart, a semi-autobiographical series about a comedian’s divorce. It lasted for two seasons, but was a fiercely bitter and difficult sitcom to love. Thankfully, as his personal life got better so did his comedy: Coupling is Moffat’s semi-autobiographical account of falling in love again.

Coupling is, by and large, the millennial heir to the sex farce comedies of the 1970s, retooled and retuned for a 21st century audience. What makes it particularly great, however, is how later episodes began to experiment with how they were shot, or present a story in a non-linear fashion, or any number of experimental little quirks. A fourth and final season suffered from the departure of co-star Richard Coyle, whose constantly flummoxed character Jeff was the standout character. Full credit to Richard Mylan, whose sci-fi nerd Oliver valiantly tried to replace him, but it simply didn’t manage quite the same charm.

99. The Box of Delights (1984)
John Masefield’s 1935 fantasy novel was the inspiration for this six-part children’s serial, broadcast in the lead-up to Christmas 1984. It has the look of a traditional BBC children’s series, recorded on broadcast video and making up for cheap production values by presenting excellent writing and performances. Former Doctor Who star Patrick Troughton is the highlight here, in a show that edges quick a way from fantasy into an unsettling kind of horror for kids.

It was inventively staged as well, with some aspects presented using animation alongside the expected live action portions. The BBC has a long track record in adapting English children’s novels to the screen, including John Christopher’s The Tripods, Alan Garner’s Elidor, and a three-season take on C.S. Lewis’ The Chronicles of Narnia.

98. The Devil’s Crown (1978)
The BBC produced a string of ambitious historical dramas through the 1970s, tackling Tudor Britain in The Six Wives of Henry VIII (1970), the Victorian era in Disraeli (1978), and ancient Rome in I, Claudius (1976). Lacking the long-term profile of these serials was The Devil’s Crown, a biography of 12th century King Henry II and his sons Richard and John. It was written by Jack Russell and Ken Taylor and co-produced by a string of European broadcasters.

It is a striking series for several reasons. Firstly it showcases a strong early career performance by Scottish actor Brian Cox (now starring in American drama Succession) as Henry. Secondly by the innovative method it which it was staged: sets designed to resemble medieval tapestries, and scenes and indeed time shifting back and forth in a seamless, almost theatrical manner. Finally in its obscurity: despite scoring the cover of the Radio Times magazine on release, it has never been released on home video. The two options for viewers today are either the online rental of a French dub or piracy.

97. Top Gear (2002-?)
Top Gear was originally a relatively serious factual series about cars, launched on BBC in 1997 and getting retired in 2001. In 2002 it was relaunched in a newer, funnier, much more irreverent version. New hosts Jeremy Clarkson, Richard Hammond, and Jason Dawe were an immediate hit. With the replacement of Dawe in 2003 with James May, one of British television most popular sets of presenters lasted for another 12 years on screen.

It couldn’t last, of course. The later years not only saw the schtick wear perilously thin, but Clarkson come under increasing fire for poor on-set behaviour and racist comments. In 2015 Clarkson was fired, May and Hammond quit in solidarity, and all three drove their routine into the ground on Amazon Prime. Top Gear has continued, but that golden age is long gone.

96. Jackanory (1965-1996)
To the uninitiated, Jackanory seems such a quaint, old-fashioned sort of idea. Launched in 1965, the series simply consisted of actors reading children’s stories to camera. Stories were generally serialised into 15-minute episodes, broadcast daily from Monday to Friday. They were sometimes enhanced by still illustrations produced for the show by artists such as Quentin Blake.

What is remarkable is Jackanory‘s longevity: more than 3,600 episodes up to 1996. Performers included Tom Baker, Alan Bennett, Helena Bonham Carter, Bernard Cribbins (in a record 114 episodes), John Hurt, Maggie Smith, and many, many more. The best ever is widely agreed to be Rik Mayall’s five-night performance of Roald Dahl’s George’s Marvellous Medicine; not just the best of this show, but arguably the high point of British children’s television. 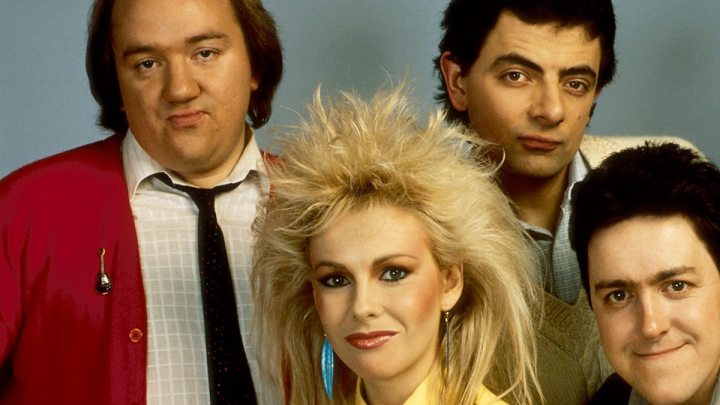 An initial pilot was rejected, with much of its cast replaced. The first full season was disastrously unsuccessful with viewers, but clearly enjoyed by someone in the management chain of the BBC, as it received a second series order and went from strength to strength. Chris Langham, who came to the series from a stint as The Muppet Show‘s only English writer, quit after one series. Rhys-Jones was his replacement on seasons two to four, and later collaborated with Mel Smith on their own sketch comedy series Alas Smith & Jones. Their production company Talkback was a hugely important one for British comedy TV, producing Big Train, Brass Eye, Green Wing, I’m Alan Partridge, and Da Ali G Show. 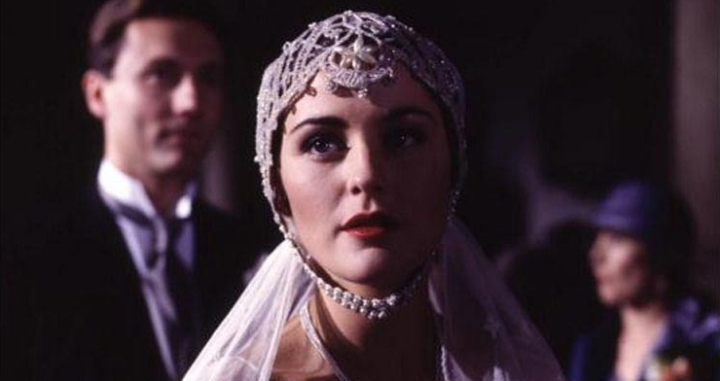 94. The House of Eliott (1991-1994)
From 1971 to 1975 ITV found great success with Upstairs, Downstairs, the historical drama series co-created by actors Jean Marsh and Eileen Atkins. That series remains a hugely significant one: frankly popular contemporary hit Downtown Abbey would not exist without it. In 1991 Marsh and Atkins hit on a successful historical drama again, creating The House of Eliott: a female-focused weekly drama about fashion-designing sisters in the 1920s.

Eliott is widely regarded to be the last BBC drama to be shot at London’s Television Centre using a multi-camera technique. From here the broadcaster’s dramas became significantly more film-like, with higher budgets and production values. As the end of an era, this is a fine series. It boasted two excellent leads in Stella Gonet and Louise Lombard and, appropriately for a series about a fashion house, excellent costume designs. The third and final series ended on a cliffhanger: the production team had been led to believe a fourth season was to be commissioned.

93. The Mary Whitehouse Experience (1990-1992)
Another generation, another career-launching sketch comedy series. The Mary Whitehouse Experience took its name from the famously critical head of the National Viewers and Listeners Association, who had been pilloried by British comedians for decades (notably The Goodies). Originally produced for BBC radio, it jumped to TV for two seasons between 1990 and 1992.

Quite frankly David Baddiel and Robert Newman’s History Today sketches of the second season alone qualify The Mary Whitehouse Experience for inclusion on the list. Co-stars Steve Punt and Hugh Dennis are no slouches either – all four continue to be a strong presence in British comedy.

92. 1990 (1977-1978)
Created by Wilfred Greatorex, 1990 presented a near-future Britain under the control of the Home Office’s Public Control Department. Fighting against the PCD is journalist turned dissident Jim Kyle (Edward Woodward). Two seasons were produced, of eight episodes each.

For many years this excellent science fiction drama languished in obscurity. Thankfully a 2017 DVD release brought this criminally underrated dystopia back onto the radar. An excellent supporting cast featured Tony Doyle (Between the Lines, Ballykissangel), Robert Lang, and Barbara Kellerman (The Chronicles of Narnia).

91. Roobarb (1974)
From the Autumn of 1974, children could tune into BBC1 five minutes before the evening news to see the ongoing misadventures of Roobarb, an enthusiastic green dog. Each short episode was a delight, with Roobarb regularly interacting with the cat next door named Custard – in fact many viewers grew up misremembering the series’ title as Roobarb and Custard.

All 30 episodes were directed by Bob Godfrey in a charming messy style. Each episode was narrated by the actor Richard Briers (The Good Life). It wasn’t just a delightful cartoon, it boasted one of the catchiest theme tunes of all time. Godfrey would go on to produce and direct the similarly enjoyable Henry’s Cat (1983-1993).