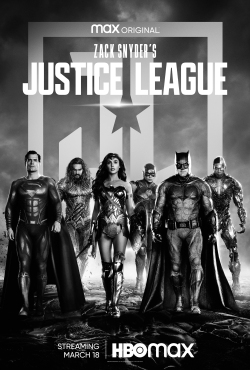 I can only think of one instance where this has happened before. In 2003 Morgan Creek Productions signed up Paul Schrader to write and direct a prequel to William Friedkin’s classic horror film The Exorcist. Schrader completed his film, but while Morgan Creek had wanted a teen-friendly commercial movie with jump-scares and gore Schrader had completed a typically Schrader-esque meditation on Catholic guilt and the nature of evil. The company hired another director, Renny Harlin (Cutthroat Island, Die Hard 2), to conduct some reshoots. Those reshoots wound up being so extensive that Harlin essentially made an whole new movie. That was released as Exorcist: The Beginning to dire reviews in 2004 and middling box office. In an unexpected move, however, Morgan Creek gave Schrader a little extra money and allowed him to push his version of the film through post-production and into film festivals. This version of the film, Dominion: The Prequel to the Exorcist, was a critical hit and very well regarded. Some years ago I wrote all about this process, and you can read that here.

Jump forward to 2016, and director Zack Snyder had just completed principal photography on Justice League, the third part of a movie trilogy establishing a shared universe of DC Comics characters for Warner Bros. It seems that Warner Bros was already unhappy with how the film was looking when Snyder’s daughter took her own life, understandably driving the director to quit work on his film and spend time grieving with his family. Writer/director Joss Whedon was hired to oversee some reshoots that grew so far out of control that he effectively remade the movie. The Justice League movie was released in 2017, under-performed against Warner Bros’ expectations and got fairly unimpressed reviews from critics. I actually rather enjoyed it for what it was at the time: deeply flawed, but at least it had a bit of fun despite some awkward missteps and inappropriately smutty jokes.

Now, in 2021 – and after one of the most prolonged cases of comic book fans whining we have ever witnessed – Zack Snyder has been able to go back, conduct a brief additional shoot, and get all of his original footage completed and cleaned-up. Zack Snyder’s Justice League, as it is portentously titled, is the 242-minute DC Comics epic we never knew we wanted. It has been released to streaming on HBO Max in the USA and Binge in Australia; consult your Internet for the appropriate service if you live somewhere else.

This Justice League is a little overlong, and a little too serious, and perhaps in the end is a little too… well, anything really, that you care to name. Once you embrace the excess a bit, and perhaps forgive its overreaching ambitions here and there, then it is a truly ambitious and distinctive piece of work. More than that, it allows Snyder to complete a cohesive and stylistically consistent trilogy of films that set up a fictional universe of heroes and then throws the doors open for every sequel and spin-off imaginable. Man of Steel set up popular character Superman. Batman v Superman: Dawn of Justice set up the world around him. Justice League blows the doors open, drawing in numerous DC characters, and then hinting at yet more to come, and adding unexpected cameos. Even as the film finally draws to a close it is adding characters and foreshadowing follow-ups.

Viewers who bristled at Snyder’s morosely bleak tone in earlier films will not find much to like here. The colours of Whedon’s version are gone – as is about 90 per cent of the footage. Humour is kept to a dour minimum – although when jokes do pop up they land much better than Whedon’s did. I was not a fan of the tone in Man of Steel, but found myself falling in synch with it during the extended edition of Batman v Superman. With Justice League forming the concluding part, I now find myself actively applauding it. This Man of Steel trilogy can now stand as a strong, legitimate take on its characters as much – and as differently – as Richard Donner’s Superman, Bryan Singer’s X-Men, or Burton, Schumacher, and Nolan’s various Batmans. This is the third act that Snyder’s story needed: the redemption arc, and the return of hope to a world turned hopeless. The aesthetic is the same; somehow this time around it feels truly earned and justified.

The plot, while cleaner than in the theatrical film, is still fairly clunky. The alien warrior Steppenwolf (Ciaran Hinds) still comes to Earth with an army of parademons intent on digging up three highly advanced ‘mother boxes’ and decimating the Earth. Batman (Ben Affleck) still attempts to bring together a team of super-powered individuals to fight him. Superman (Henry Cavill), dead since being stabbed through the chest in Batman v Superman, still has a miraculous resurrection midway through the film. Snyder does not expand on this plot so much as stretch it. In some places the extra narrative space works wonders. In others, not such much; an hour into the film Wonder Woman (Gal Gadot) is still delivering back story to the audience.

Where the bulk of the extra girth goes is in character development. It’s a boon for Ben Affleck, giving him the proper space to really distinguish his Bruce Wayne from the work of his predecessors. He has a wonderful rapport with Jeremy Irons, who is playing a wonderfully rounded and comic-book-like Alfred Pennyworth. Wonder Woman and Aquaman (Jason Momoa) fit much better with their characters as played in their respective spin-off features. Where the additional detail really benefits the film in how it presents the Flash (Ezra Miller), Cyborg (Ray Fisher), and Steppenwolf. For the Flash, aka Barry Allen, it is a matter of adding further great material for a character already introduced well the first time around. For Steppenwolf it is a better visual design and a much stronger and well-defined purpose. Snyder (with co-writer Chris Terrio) generates a sympathy for the alien invader, and fleshes out his story with a much more extensive introduction to Jack Kirby’s Fourth World mythology than Whedon provided.

The real winner is Ray Fisher, who has suffered after blowing the whistle on alleged bullying and unprofessional behaviour by Whedon on set, now emerging as a brilliantly rounded and entertaining centre of the entire film. I am not a particular fan of the comic book character Cyborg one way or another, but Fisher delivers a great performance despite extensive CGI work overlaid on top of him. Joe Morton receives a much better focus as Cyborg’s scientist father: he contributes to the plot in an active way, and by having his own story expanded casts a valuable light on Cyborg’s.

For the most part the film is beautifully presented, with many of the visual effects and designs upgraded or improved. Steppenwolf in particularly feels much better realised that in Whedon’s attempt, and by using Snyder’s original footage the film avoids the notorious CGI lip used on Henry Cavill to hide his moustache during reshoots. Only in a flashback about an hour in does the visual quality stumble: it is an overly ambitious battle scene set thousands of years in the past, and its ambitions sadly exceed the effects team’s capacity.

Musically the film is a mess, with Thomas Holkenborg’s new electronic score chafing badly against the occasional burst of Hans Zimmer’s Man of Steel score. On top of that there are the songs: inserted liberally throughout, they often feel shoe-horned in rather than selected because of their relevance or thematic appropriateness. Listening to the film jump from one approach to another, it all leads to wishing it would simply pick one and run with it.

Summing up the whole Zack Snyder’s Justice League experience is actually quite difficult. For those that actively despised his bleak, almost monochrome depiction of the DC Universe: it is all still there. What made me appreciate Whedon’s reshoot back in 2017 was its fundamentally upbeat nature. It was bright and colourful, and at least tried (with mixed results) to be a little light-hearted and fun.

That said, I do vastly prefer this new version. Snyder’s vision for his superheroes finally seems to click here, while the extra length fleshes out and explores the characters tremendously well. The story feels better defined, while the additional detail seems to genuinely depict a DC universe on screen for the first time. It nails the difference between the Marvel and DC superheroes. Marvel’s characters are fallible human beings with powers. They make mistakes, they engage in snarky quips, and fall into conflict with one another. The DC heroes, by comparison, are gods. They are better people than us. They are at their best in iconic moments: Wonder Woman standing on a statue of Justice, Batman atop a rooftop gargoyle in the rain, Aquaman diving into the ocean in a collision of waves. There is an epic sense to this Justice League that captures its subjects better than any iteration since Christopher Reeve’s Superman flew over the Earth into a sunset.

Even if it is too dark a version – too cynical, too bleak – it is now a neatly formed vision. Thanks to Warner Bros, Snyder’s version of these characters is now complete. Despite all of the various leads into sequels and spin-offs, it feels closed and done. I suspect this trilogy will age remarkably well; not in the least because the best part of it is now the final part.

Snyder even locks on a proper basis for his melancholic take: these characters are all orphans and widows. They come together because they need to save the world, but they bond together because they’re making their own family. That, more than anything else, resonates with this DC Comics fan. It feels like authentic DC optimism and hope breaking out of a cynical world. Produced in the dreadful shadow of Snyder’s family tragedy, it actually feels quite beautiful.

If you really hate Snyder’s abstracted, epic take on filmmaking, you wll hate his Justice League. If you are open to it, this is almost certainly his finest film.