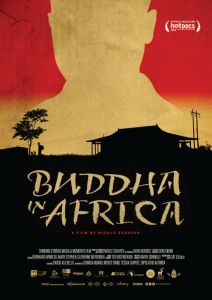 Enock is a Malawian teenager nearing the end of his high school studies. Since the age of six, he has lived inside a Taiwanese Buddhist orphanage – one of several built across sub-Saharan Africa. As his final examinations approach, Enock is forced to decide what direction he wants to take in his future.

Chinese investment in Africa – whether economic, cultural, or in the form of aid and development – has been increasing over the past few decades, with China now standing as the continent’s single-largest trading partner. Prior to China’s involvement, globalization and economic development was largely passing Africa by. Now, however, China is investing in various African nations to exploit them much as the European nations of the 19th century exploited China. It is a form of colonialism, and one with as much potential damage to inflict as those 19th century profiteering nations did so many years ago.

Buddha in Africa is a documentary that is buried inside this fascinating and, indeed, deeply troubling subject matter, however director Nicole Schafer’s treatment of these issues is sadly either lacking or fundamentally non-existent. It is beautifully shot, showing off a canny eye for the Malawian countryside and for the sprawling orphanage and academy where Enock has lived his life. Schafer’s interest is on the intimate side: exploring Enock’s life and surroundings, and making a small drama out of his decision over going to university in Malawi or Taiwan.

Schafer’s focus on Enock seems to override any focus on his troubling surroundings. Led by the Buddhist priest Hui Li, the orphanage – one of a rapidly expanding network – drives vans from village to village looking for available orphaned or unwanted children. Once brought into the orphanage they receive free food and lodgings, and a full primary and secondary education, but children are forced to ascribe to the orphanage’s rules. They are forced to speak Mandarin Chinese, and are given new Chinese names – Enock’s is Alu. They consume strict vegan diets, must adopt Buddhism as their religion (must of the children were previously raised in Islam) and take rigorous kung fu classes. Those who excel at kung fu are sent on international tours to perform and raise money for the orphanage network.

It is blunt colonialism: taking children out of their own culture and forcing them to adopt another. It visibly troubles Enock, who struggles to speak his own language on his occasional vacations to his home village. As the film progresses his desire to remain in Malawi to study go head-to-head with Hui Li’s expectation that he will complete a Bachelor degree in Taiwan. As the film progresses, the conditions at the orphanage seem increasingly suspect – including teachers attempting to beat their more independent-minded students.

Much of this material seems to pass Schafer by. To her credit she carefully observes and represents the state of affairs, but there is never a sense that things are being investigated or challenged. The constant fund-raising, which is not closely interrogated, begins to feel potentially fraudulent. There is a strong sense of children been exploited and mistreated. It is effectively a form of brain-washing, turning hundreds of Malawian children into Chinese citizens in all but paperwork. Muslim children are being aggressively converted to Buddhism. By the time one of the teachers starting physically assaulting an older student it is clear there is a much more important story to be told than the one Schafer has chosen. It is also not encouraging that Schafer’s film keeps referring to the orphanage as Chinese when Hui consistently refers to it as Taiwanese.

Buddha in Africa is enormously compromised by its continued failure to more aggressively address its own subject matter. As a small-scale biography of an African teenager entering adulthood it feels too brief and superficial. By overlooking the larger implications – ones that affect not simply one student but an entire nation – it feels quite bluntly like a catastrophic missed opportunity.

Buddha in Africa is playing at the 2019 Sydney Film Festival. Click here for more information.