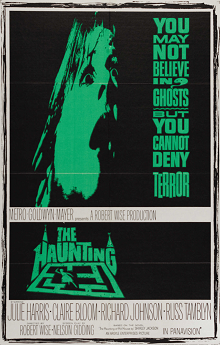 We never deserved Robert Wise. Sure, he won two Best Director awards at the Oscars. He absolutely received acclaim for many of his films over the decades. I don’t think anybody claims he was untalented or an ordinary filmmaker. When we collectively celebrate the history of American film, however, citing ‘the greats’ such as Scorsese or Hitchcock, Wilder or Bigelow, Robert Wise simply does not get mentioned.

He should. It is not that he directed many outstanding films, something that could be said of any number of directors. It is the sheer variety of films that he made. His work crosses genre with apparent ease, showcasing a versatility for material of which few other filmmakers can boast. Ang Lee and Danny Boyle perhaps – although neither of them vary their style as much as Wise could. Wise directed his Oscar-winning musicals West Side Story (1961) and The Sound of Music (1965), but he also directed science fiction (1951’s The Day the Earth Stood Still and 1979’s Star Trek: The Motion Picture), war films (1966’s The Sand Pebbles), thrillers (1971’s The Andromeda Strain), and noir (1958’s I Want to Live!). He also directed horror movies, including The Haunting (1963) – an adaptation of Shirley Jackson’s The Haunting of Hill House that must rank as one of the best horror pictures ever made.

Dr John Markway (Richard Johnson) is a scientist and academic with a keen interest in the supernatural. He negotiates with the owners of a reportedly haunted mansion, Hill House, to visit with a small team to observe and analyse what is happening inside. Once the team arrives they are gradually exposed to frightening events, seemingly targeted at one member of the team: Eleanor Lance (Julie Harris), who until recently was caring for her terminally ill mother.

This is Hollywood’s ultimate haunted house movie. While time may have dated some of its performances and general style, it is still eerily effective and powerfully restrained. It bides its time, and throws in shocks and scares with an excellent sense of timing. Wise allows the atmosphere to grow, and the tension to grow along with it. When a horror moment does come along, it plays out to perfection. It is superbly orchestrated.

A key part of why the horror is effective is Julie Harris’ superb lead performance as Eleanor. She is impulsive, nervous, and brittle, and when the shock moments occur it is her acting that makes them so effective in scaring the audience. Harris was more of a theatre actor than a film one, but was so renowned on stage that she was awarded five Tony awards between 1951 and 1977. Her acting talent makes The Haunting the creative success that it is. Other performances by Richard Johnson, Russ Tamblyn, and Lois Maxwell veer slightly towards the hammy, although that really was just the style of the time. Claire Bloom marks the other particularly impressive performance as the glamorous psychic Theo, and enriches the film with a combination of offhand snark and genuine sympathy for Eleanor.

The Haunting deserves its status: this one of the best American horror films ever made. It is a brilliant production, and yet another slice of proof that – when it comes to that country’s best film directors – Robert Wise is too good to be ignored.