It is that time again for me to select 10 films that I particularly enjoyed from the past year. Calling such a list a “year’s best” always strikes me as disingenuous and unhelpful. For one thing, while I am fairly well educated on cinema and the screen arts this is ultimately still all my opinion. For another, no one is ever going to see every new film released in the world to be in any way authoritative on what the best films are. Hence my approach of recent years: these are the 10 films that I saw from 2022 that I thought were the strongest, ordered from the 10th to the first. These are essentially the 2022 releases I most felt were worth recommending to others.

If there is a film that you loved in 2022, and it is not listed here, either I did not love it as much as you did or (more likely) I have simply yet to see it. I have a full-time day job that isn’t film criticism, and I have a disability that sometimes slows me down or prevents me from getting to the cinema. Please, if there is something you would like to recommend I watch or re-assess, let me know in a comment.

First of all, it is worth noting a few runners-up to my top 10. These are: Everything Everywhere All at Once, A House Made of Splinters, Black Phone, Petite Maman, She Said, Blanquita, Fresh, Turning Red, Dive, Glass Onion, The Northman, and Speak No Evil. They are all fine films. 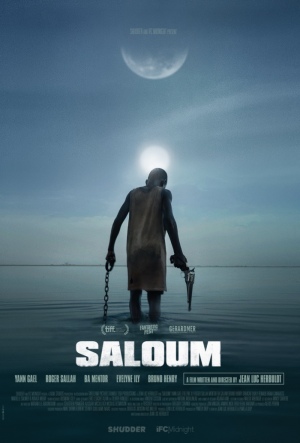 #10. Saloum
This did the festival circuit in 2022 and will likely find a broader audience over the coming year. I am fairly certain Jean Luc Herbelot’s thriller is the only Senegalese film I have ever seen, so I cannot judge how it compares to other films from the region, but the way it shifts genres and constantly surprises the viewer is enormously impressive.

In my review I wrote: ‘The aggressive pace of the film helps it along enormously. There is no room to breathe or to rest, and the constant shifts in character, tone, and genre make it an energetic and refreshing watch. It is also aided by the uniquely beautiful Senegalese setting: all dusty deserts and shallow lagoons. The production values are outstanding. This looks, sounds, and moves with the confidence and sheen of a world-class piece of cinema.’ 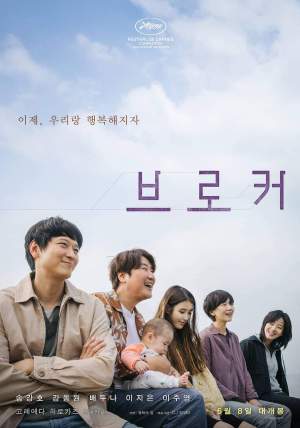 #9. Broker
Hirokazu Kore-eda is hands-down one of my favourite Japanese filmmakers, with a unique perspective on put-together families and interpersonal relationships. Whether you’re watching Shoplifters, I Wish, Like Father Like Son, or any number of other titles, you are always in the hands of an absolute master. Broker, his first South Korean feature, is no exception.

In my review I wrote: ‘It showcases realistic characters making unexpected choices, and expressing complex opinions, and interacting with one another in a manner that refuses to make judgements of them. Nobody is entirely bad, nor is anyone wholly good-hearted. As with the best of Kore-eda’s work, it finds itself a niche in the margins, and enchants.’ 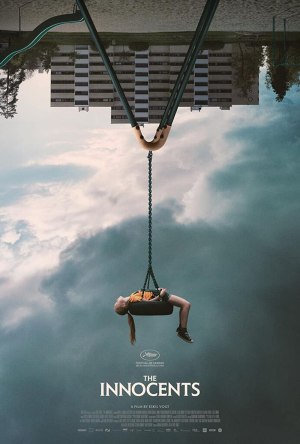 #8. The Innocents
A Norwegian take on the idea of people with super-powers, The Innocent takes a smarter tack to any of 2022’s franchise-bases super-movies. It zeroes in on just how terrifying it might be for a child to develop psychic abilities, but lack the responsibility and maturity that needs to go with it. It is the best expression of  ‘superheroes-as-horror’ I think I’ve ever seen. It’s directed by Eskil Vogt.

In my review I wrote: ‘Plenty of horror films have shown well-intentioned children turn evil via possession, undead transformations, or something similar. Vogt’s film begins with a child who is already bad: Ben is resentful, violent, and actively cruel to animals (people averse to seeing pets suffer harm should be forewarned). What drives much of the film’s horror is not seeing a child turn monstrous, but rather the potential for harm should an already-monstrous child suddenly be capable of causing genuine and traumatic damage.’ 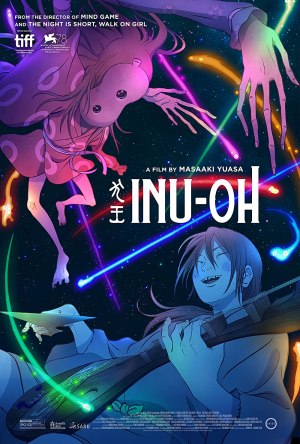 7. Inu-Oh
Masaaki Yuasa is fast-becoming one of the must-see directors of Japanese animation; just seeing his name credited on a film has become enough to make it a must-see. With a distinctive art style and a canny use of Japanese literature and folklore, he is very likely the most interesting anime creative directing today. If you haven’t seen his work before, which includes The Night is Short Walk On Girl (2017), Lu Over the Wall (2017), and Ride Your Wave (2019), you have some terrific viewing ahead of you.

In my review I wrote: ‘The songs are a highlight: Yuasa presents them at unexpectedly full lengths, transforming Inu-Oh from a lightly odd-looking drama into an as-close-as-may-be animated musical. Yoshohide Otomo’s score and musical compositions are outstanding. Combined with Yuasa’s free-flowing, slightly grotesque animation style, it makes the film a positive feast for the eyes and ears. The film never settles on a single genre for long, nimbly shifting from drama to comedy, history to fantasy, and whimsy to gravitas. It is not quite like anything in Japanese animation before it.’ 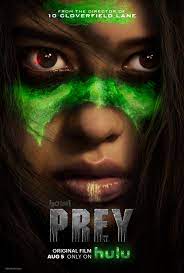 #6. Prey
To say I had grown tired of 20th Century Studios’ Predator franchise would be understatement. Like Alien and Terminator before it, it seemed a franchise based more on production design than story. One great film, and then a declining string of sequels (watchable, ordinary, incompetent – not including the AVP duology), ably demonstrated that this was one screen saga that deserved to lie fallow. What a surprise, then, when director Dan Trachtenberg made new instalment that was almost as effective as the original.

In my review I wrote: ‘At face value the storyline would seem ridiculous. A Native American going one-on-one against a towering alien hunter, she using an axe and bow and it using the now-familiar variety of technological gadgets and weapons. Patrick Aison’s screenplay – with a story co-written by Trachtenberg – takes its time to build both predator and prey, showing off the strengths and weaknesses of each. By the film’s climax not only is it a more even match than viewers might expect, it feels logical that it is such a close-run thing.’ 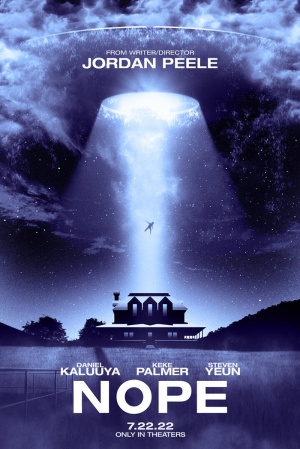 #5. Nope
Jordan Peele’s third feature shows off another fresh angle on the horror genre, while also revealing a strong talent for widescreen spectacle that Get Out and Us did not suggest. Great lead performances by Daniel Kaluuya and Keke Palmer made this the most satisfying slice of commercial Hollywood for 2022, and I was enormously pleased with its high profile role for the criminally and constantly underrated Michael Wincott.

In my review I wrote: ‘Nope is beautifully paced, and packed with unexpected subplots, character quirks, and idiosyncrasies. For me, this makes three-for-three for Jordan Peele, with each of his films its own distinct success but also showing off a single, immensely smart and creative artist at work.’ 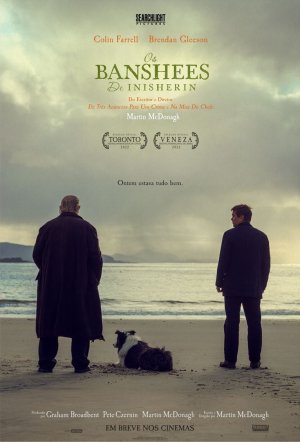 #4. The Banshees of Inisherin
Martin McDonagh’s folksy Irish comedy is remarkably bleak; so much so that by its climax it is obeying all of the rules and conventions of a straight-up horror story. Stars Colin Farrell and Brendan Gleeson are sensational, but it’s co-star Barry Keoghan who makes the most electric impression.

In my review I wrote: ‘I feel it is more than simply black comedy, which has often been McDonagh’s stock-and-trade. There is an underlying menace to the piece that makes the comedy that little bit sharper, and the characters more haunted. In effect it uses the conventions of one genre to complicate and emphasise the other: the story makes sense, but at the same time it cannot adequately be explained. It is honestly a work of genius. This is one of the finest films of 2022.’ 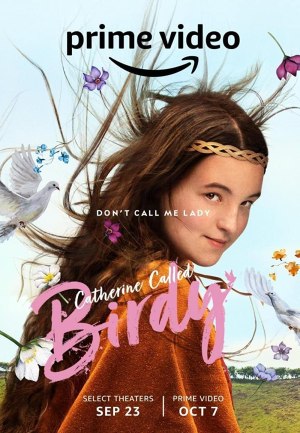 #3. Catherine Called Birdy
The most surprising film I watched this year. Surprising because this delicately presented, smart, and self-aware little medieval comedy just seemed to emerge out of nowhere. Surprising because of all the directors for it to have emerged from, Girls creator Lena Dunham was the most unlikely of choices. Boasting a star turn from lead actress Bella Ramsey and a winning supporting performance by Billie Piper, this was a winning slice of pure joy.

In my review I wrote: ‘In many respects this all simply forms a typical teenage ‘coming of age’ story, but its setting is novel, its insights well-observed and funny, and a smart, observant feminist sensibility underlies everything. Everything works as it should. Given Lena Dunham’s previous works in film and television, this could have all been so terribly cynical. Instead its uncomplicated and direct expression of joyfulness is its greatest strength.’ 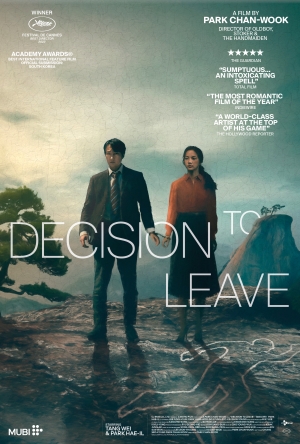 #2. Decision to Leave
South Korean director Park Chan-wook returned in 2022, helming a near-faultless romantic thriller that built on his former mastery of visuals, characters, and deep-seeded menace, and then advanced them to a fresh level. It is as good as Park’s best films, and likely his most accessible as well.

In my review I wrote: ‘Viewers anticipating the sorts of twists and surprises undertaken in Oldboy and The Handmaiden – for example – may very well find this new film a small disappointment. Taken on its own merits, the film is a wonderful combination of murder mystery, femme fatale thriller, and unsettling romance. Taken with a modicum of patience, and Park’s queasy, unpredictable style emerges in a far more mature fashion than before.’ 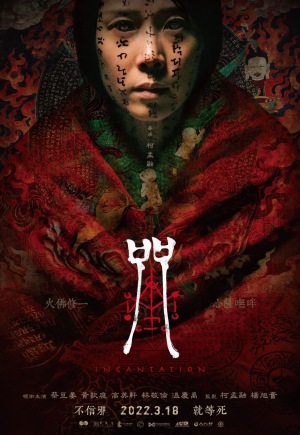 #1. Incantation
Folk horror blends with found footage to create one of the most effective and terrifying horror films in years. Incantation was a sizeable domestic hit in Taiwan, and director Kevin Ko drew on the best parts of several influences (Ring and The Blair Witch Project in particular) to construct something particularly effective and tremendously Taiwanese in nature. Thanks to Netflix it is now available pretty much world-wide.

In my review, I wrote: ‘Any viewer with an interest in horror will be rewarded by this film. It is creatively inventive, ominous and shocking, and profoundly and impressively effective. Among a growing collection of Taiwanese screen horrors, including Detention, The Tag Along, The Sadness, and Get the Hell Out, Incantation is honestly the best of them I have ever seen.’