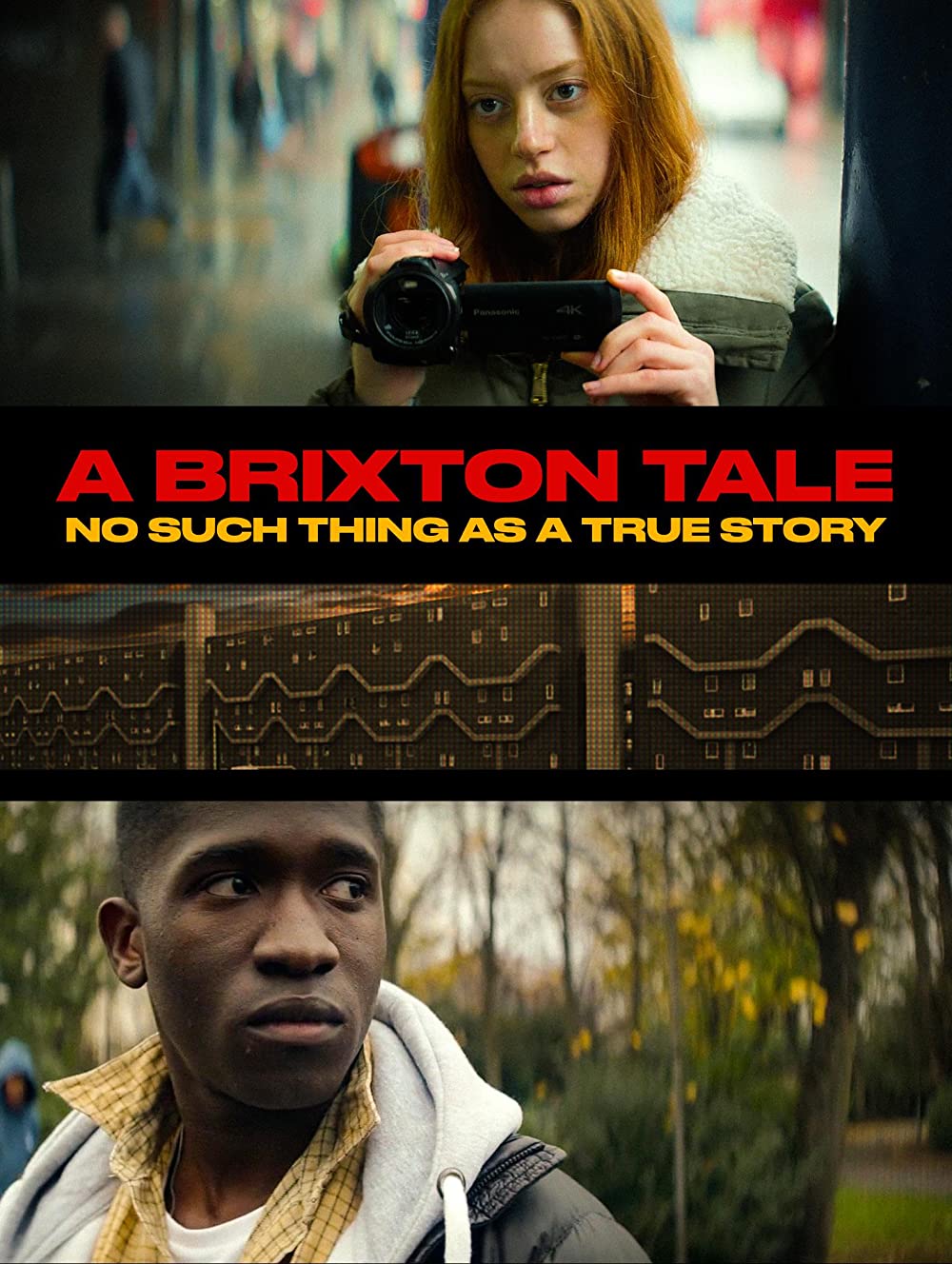 A promising foundation and strong performances suggest a great independent film in A Brixton Tale, but subsequent developments wind up making this London-set drama wobble on its axis a little. It is a deep shame, because all of the ingredients for an unqualified success are here. Something that could have been great winds up being reasonably good instead. It is well-acted by its principal cast, and does broadly entertain, but the key emotion felt upon its conclusion is disappointment.

Leah (Lily Newmark) is an aspiring young filmmaker shooting footage of strangers around south London. When she spies the quietly withdrawn Benji (Ola Orebiyi) on the streets of Brixton, she is immediately smitten – although her hunt for effective material winds up disrupting both of their lives.

It all begins so well. Sensitive performances by Orebiyi and Newmark suggest something rather effective and emotional in the works, with a nice amount of originality and realism to their characters’ budding relationship. A poorly motivated twist halfway through changes all that. That nice originality is replaced with overly-familiar stereotype, and easy answers replace its initial smart questions. By the film’s end,  pretensions to freshness and realism feel badly short-changed. Everything seems to devolve into a story of how society short-changes the working poor at the expense of the upper classes. Its execution feels rather obvious and trite, and undoes a lot of otherwise good work.

Better to dwell on the film’s stronger aspects: Benji at the opening of Leah’s exhibition, his weakest moments all captured on videotape and played back to a voyeuristic audience. His life refashioned with selective edits to become a tedious, drug-fuelled cliche. There is something very potent and real about his look of utter betrayal, and of Leah’s juvenile attempts to make social commentary through her art. Where A Brixton Tale works is in moments of small action and intimate conversation – essentially all of the parts where directors Bertrand Desrochers and Darragh Carey are smart enough to step back and let their cast do the heavy lifting. Later scenes feel like an attempt to solve a narrative problem that simply is not there. The film goes too large when it was working so well at being small.

The film is dented, but not broken. There is plenty of watchable material, and a brisk running time that rewards its mostly restricted scope. Indeed, I am keen to see what Desrochers and Carey make next. They have enormous potential, so long as they better trust their instincts. A Brixton Tale is a curate’s egg in feature form.