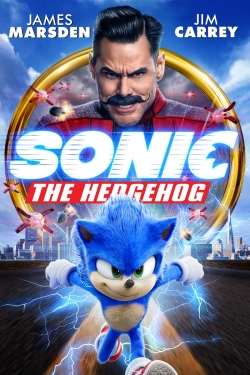 There is now a decades-long relationship between Hollywood and videogames. It has been clear since the early 1990s that the production design, settings, and characters of the most popular videogames have the potential to be transformed into commercial hits. In practice that has been easier said than done, with the last 30 years of America cinema littered with the corpses of films once intended to be their year’s biggest successes. Super Mario Bros (1993). Wing Commander (1999). Doom (2005). It is a bit of an urban myth to claim that all of these videogame adaptations have been failures: at least seven have grossed more than US$300 million theatrically, including Prince of Persia: The Sands of Time (2010), Warcraft (2016), and Pokemon: Detective Pikachu (2019). That aside, it is true that a genuine smash hit has to date eluded the industry.

Paramount clearly had their eyes on a potential winner with Sonic the Hedgehog. It is one of the most successful videogame brands in the world, with a protagonist that came fully-developed and road-tested in games, comic books, and multiple animated series. So iconic is the character, and so loyal the fan base, that when Paramount released the first promotional trailer the negative reaction to their changing Sonic’s design led the studio to pull the film from their schedule, delay it, and pour extra millions of dollars into changing the design back to something close to Sega’s original. In case any reader is still concerned: Sonic the Hedgehog’s film incarnation looks, sounds, and acts just like he should.

That is, to a large degree, something of a relief, since this excellent iteration of the character stars in a relatively ordinary movie. It is directed by Jeff Fowler, making his feature debut after receiving an Oscar nomination for his animated short film Gopher Broke. While it absolutely does nothing wrong, it also fails to make any significant impact. It contains one genuinely funny sequence involving a bar fight, and otherwise plods along amiably but forgettably. I cannot deny enjoying the film while watching it, but in retrospect it is worth separating which parts I liked I enjoyed because of quality writing, acting, and direction, and which parts I liked because I have always liked Sonic the Hedgehog.

James Marsden and Jim Carrey, representing the film’s two key human stars, do what they are required to but little else – the screenplay does not allow for it. It is actually nice to see Marsden appear in something involving lightness and humour; he’s demonstrated a talent for this style of film in Enchanted (2007), but remains best known for his moody, relatively sullen role as Cyclops in the X-Men movies. As for Carrey, it really does feel as if he has emotionally moved on from these kinds of over-the-top comedy roles. He is going through the motions, but there is no spark left to his routines. While his audience may applaud his performance, I suspect he filmed it while dreaming of more interesting work. Tika Sumpter shows a lot of promise as Marsden’s supportive wife, but it is a disappointing role for a woman to have to play in 2020. Some pro-activity would have gone a long way.

Sonic the Hedgehog does nothing specifically wrong, quite a few things very much right, and an awful lot in the middle in a fairly ordinary way. Sonic’s fan will broadly approve. Family audiences will enjoy it and forget it. Anyone with a specific interest in cinema already know what they are likely to think. A global pandemic rather stunted its chances in theatres, leaving it as yet another US$300 million hit. Assuming things broadly return to normal, the already-announced 2022 sequel should do a lot better.