With the Walt Disney company launching its own international film and television streaming service Disney+ within two months, one of the big questions was with what sorts of productions would the service launch. New and exclusive series like Star Wars spin-off The Mandalorian have been well publicised, but the question is more about back catalogue materials – what, out of Disney’s extensive archive of family-oriented entertainment, was going to be debut online with the launch? Dutch publication Attractions claims it has the list for day one films for the Netherlands. Assuming the list does not vary too much from one country to another, what are the Disney classics most worth Australian subscribers checking out? Here is my personal top 10 (in alphabetical order). 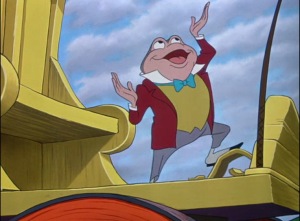 The Adventures of Ichabod and Mr Toad

This website has previously covered the making of this 1949 portmanteau effort at length, but to summarise: the film combines two extended animated shorts based on Kenneth Grahame’s The Wind in the Willows and Washington Irving’s The Legend of Sleepy Hollow. The Willows segment had been in development in one form or another since 1938, and when it proved too short to sustain a feature length, the Sleepy Hollow segment was created to fill out the running time. What makes the film worth watching for Australian audiences is that it will mark the first time in decades that Disney has distributed the complete feature here. It has never received a local release on DVD or bluray, save for the two halves being separately distributed as part of the Fables range of packaged animated shorts. It is a charming, and hugely underrated film. 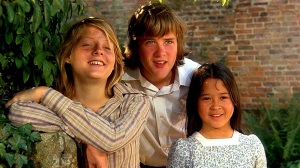 Speaking of charm, Norman Tokar’s 1977 film Candleshoe arguably marks Disney’s live-action archive at its most awkward and twee. At the same time it has a great cast including David Niven, Leo McKern, a young Jodie Foster, and Helen Hayes in her final screen performance. Like Ichabod and Mr Toad, it has not been officially available in Australia for many, many years. For a certain generation of viewer, revisiting this film is a worthwhile exercise in childhood nostalgia – it feels like it got broadcast on The Wonderful World of Disney on an annual basis. 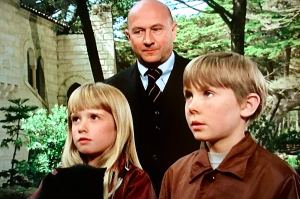 Another nostalgic pick from Disney’s live-action features, but this time a genuinely good one. Escape to Witch Mountain is a fun children’s blend of adventure and science fiction – one successful enough to warrant a sequel and a theatrical remake (both of which are also included on the opening day list). Originally released in 1975, this was one of the last great Disney features of its era: exciting without being too scary, imaginative without losing a tight narrative focus. Kim Richards and Ike Eisenmann are strong juvenile leads as a pair of telekinetic alien twins, while Ray Milland and Donald Pleasance revel in their villainous roles. In terms of tone and style, this shows of live-action Disney films at their peak. 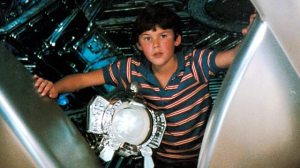 Flight of the Navigator

Randall Kleiser (Grease) directed this science fiction film, which was independently produced but distributed in the USA by Walt Disney Pictures. It is very much a film of two halves: the first a quite onimous and threatening story of a boy abducted by an unknown force and then deposited back on Earth eight years later – his family almost a decade older while he has not aged a day. The second half is a much sillier comic adventure about the same boy befriending a sentient alien spaceship. It has some uneven moments, but a lot of nostalgic fans, and it is nice to see some smart science fiction ideas thrown into a family entertainment film. 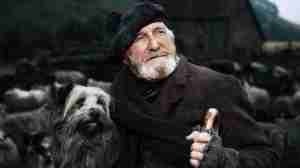 Walt Disney himself had an oddly enthusiastic love for the United Kingdom, producing numerous films set there including Mary Poppins, Kidnapped, Bedknobs and Broomsticks and plenty of others. One of the classier efforts is Greyfriars Bobby, directed by Don Chaffey (Jason and the Argonauts). The film adapts the purportedly true story of an Edinburgh sky terrier that watched over its master’s grave for 14 years until its own death. What sounds like a very boring premise for a film turns out to be the inspiration for a deeply heart-warming and effective all-ages drama. 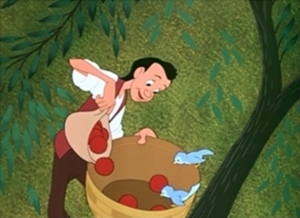 With staff, money, and art supplies all in short supply during World War II, Disney managed to still get new animated features into theatres by combining a string of short works into portmanteau films. These continued right through to the end of the decade. Melody Time (1948) is a excellent example of the form with seven separate shorts including “The Legend of Johnny Appleseed”, “Bumble Boogie” (an abstract highlight originally developed for Fantasia), “Trees” (another strange innovation”), and “Pecos Bill”. In recent years there have been two versions of the film circulating, one largely uncut and one with scenes of Pecos Bill smoking cut out. One assumes the latter will be debuting on Disney+, but that remains to be seen. 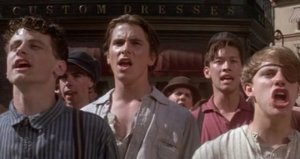 Hollywood used to be great at making musicals – either adapting pre-existing Broadway and West End works, or inventing their own. That is a trend that has re-started in the 21st century in fits and starts, but it wasn’t really one in the 1990s. That may explain the catastrophic commercial failure of Newsies, an original musical film produced by Disney in 1992 that was directed by Kevin Ortega (future director of High School Musical) and starred Christian Bale and Bill Pullman. It transforms the 1899 New York newsboys’ strike into an engaging drama with a bunch of catchy showtunes. For some weird reason the film passed through Australian cinemas without so much as a blip, and then never appeared to see release on home video. A subsequent Broadway live show wound up being much more successful, and it appears Disney+ will be hosting a recording of that as well. 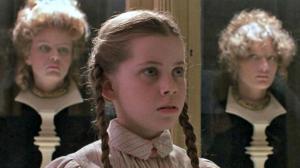 When films like Candleshoe found themselves wildly out of favour in a post-Star Wars, post-Spielberg film industry, Disney desperately tried producing a range of more challenging and dark fantasy and science fiction films. One of the oddest – and most disastrously unsuccessful – was Return to Oz. Compared to the books and famous film of The Wizard of Oz, this loose sequel includes threats of decapitation, shrieking roller-staking mutants, and a journey back to Oz via electro-shock therapy. Visual effects legend Walter Murch took this as his directorial debut, but production woes worried Disney execs so much that George Lucas was reportedly brought in to unofficially shepherd it to completion. Its fans are particularly enthusiastic about it – this is love-it-or-hate-it cult favourite. (See also The Black Hole, another expensive attempt at “dark Disney” that is streaming from day one.) 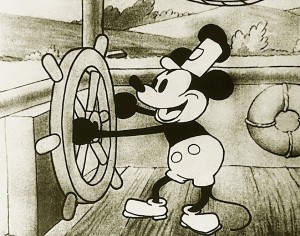 At eight minutes in length, there’s no real excuse not to make time for this, the 1928 debut of Mickey Mouse directed by Walt Disney and Ub Iwerks. It is also the first-ever animated film to feature synchronised sound – Disney having seen The Jazz Singer and determined that the future of animation was also in sound. The title references Buster Keaton’s popular comedy film Steamboat Bill Jr. It is not only historically significant, it is also a tremendous achievement for its time. The film is also somewhat notorious for driving changes to American copyright law every time in looks set to enter the public domain. Like Melody Time it is another film with two versions: the original, and one emitting scenes of Mickey swinging a cat around by its tail and assaulting a cow. (Early Mickey is not as loveable as corporate mascot Mickey; an early newspaper comic strip spent weeks with Mickey trying and failing to commit suicide because he thought Minnie had left him.) 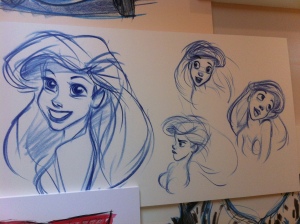 If you’re enough of a Disney fan to subscribe to their streaming service, you should absolutely watch this 2009 documentary directed by Disney legend Don Hahn. It follows the history of Disney animation through the 1980s and 1990s, leading to what fans refer to as “the Disney Renaissance” – an unmatched period of success that saw the studio release The Little Mermaid, Aladdin, The Lion King, Tarzan and several other enormous hits. It is impeccably presented and researched (Hahn was there at the time, starting work for the company on The Fox and the Hound), packed with archival footage, and comes populated with a who’s-who of American animation at the time. For fans of animation, film history, or Walt Disney, it is an absolute gem.